The Ticket Translator is an addon which provides the Service Desk with 4 different actions to help the user to translate and identify languages. Another main functionality is the translator button control. This control is everywhere usable in the whole environment. The translation system is using the Microsoft Cloud API.

This data definition will be used to store configuration values for the MPL Translator.

The configuration item SPSActivityTpyeIncident is extended with this data definition to store the calculated values: translated text, source and target language code and detected language name 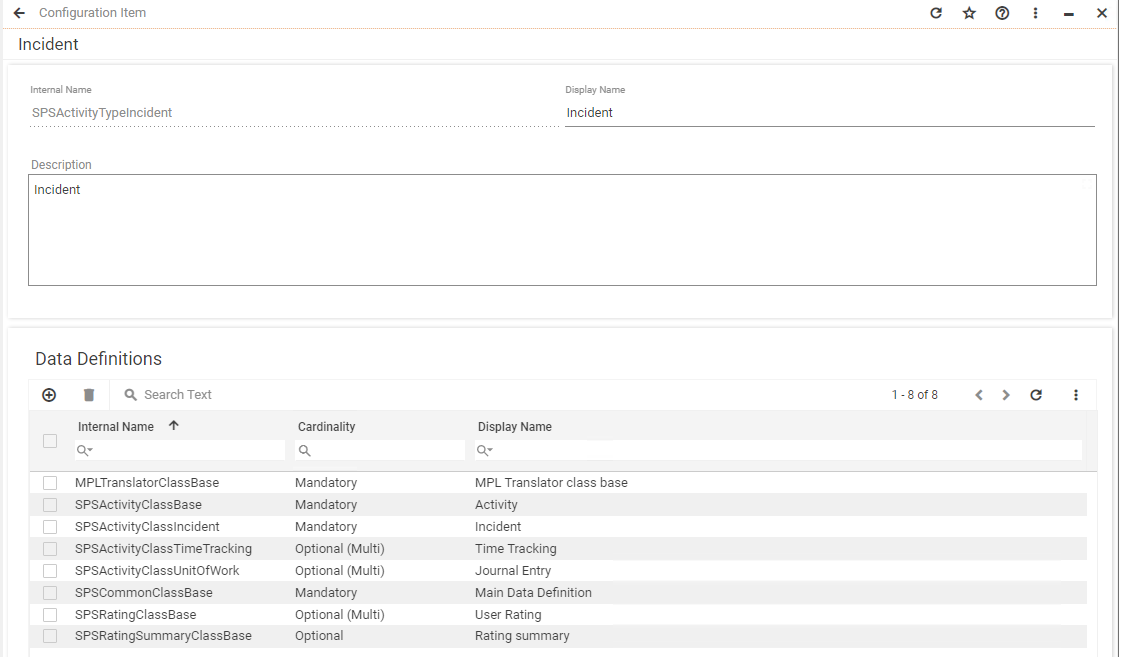 This pickup is used by the control descriptor translator button. The translator button has a dropdown which is filled by this pickup to select the target language.The pickup date can be extended with other language codes (https://docs.microsoft.com/de-de/cpp...?view=msvc-160). If you are configuring and the language of the Matrix42 system the displaystring can be also changed. So the selection of the dropdown language will be viewed in the language which the user has.

This pickup is used by Region dropdown on the Administration > Global System Settings > Mpl Translator page. It has been pre-populated with many (but not not all) frequently used regions. After selection of the MPL Ticket Translator action the user can translate the description of the selected incident. The function in the background also detects and stores the source language in the data definition attributes of the MPLTranslatorClassBase. It is also stored in the description as it is showed below in the screenshot. The stored data can be found in the incident under the tab MPL Translator.

The wizard lists up the journal entries which are not translated till yet. After using the translation functionality by clicking the translate button it disappears for this entry because it is marked as translated. The Send Email Wizard with translation functionality can be exchanged with the product wizard which is called by the same named action or it can be added with a new action.

The advance of this action is that the service desk user can respond in his own language an it will be translated in the source language of the user who opened the incident. It is provided if the ticket translator action was used before. The close action wizard of an incident has the same functionality like the send email. So the text will be translated into the source language of the customer. Configuration of the translator button